Katy Mae, tall, attractive with thick dark eyebrows and very slender and her husband, Freddy, jolly, ambitious and full of fun lived in a nice apartment building on Michigan Avenue in Chicago.  It … 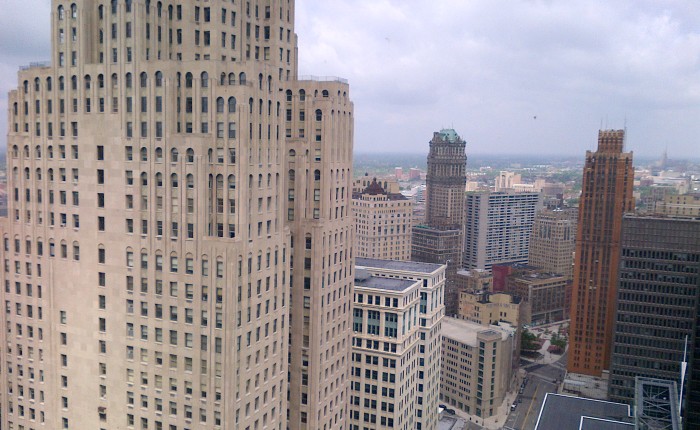 Very much like it is today more than 70 years later, Black women shared only to a limited extent in the bounty of white mainstream publishing’s discovery of Black writing — Alfred Knopf published Nella Larsen, Boni and Liveright published Jessie Fauset, and Christopher Publishing published Mercedes Gilbert.  However, the vast majority of Black women writers found outlets only in the pages of race magazines, and they ofen had to publish their work privately.

The patronage of wealthy white women such as Charlote Osgood Mason, who subsidized a number of young Black writers including Louise Thompson, Zora Neale Hurston and Langston Hughes, was not available to most of the fledgling female writers.  Further, many female writers felt there was too high a price to pay for the support of white patrons.  Lousie Thompson felt that her patron restrained her creativity.  She did not like the dependancy of the arrangement to continue the relationship very long.  Louise stated that “…she felt that the good woman was indulging her fantasies of Negroes.  Her Black guests were primitives, savages, or not being themslves”.  Louise knew she was not the pagon savage that pleased the good woman to imagine.  She got out for her “womanness”.  Louise was especially sensitive to the crippling dependency of paternalism.  The white hand of philantropy working through the Urban Leaue made it very difficult for her to work on the staff of  Opportunity, which was financed by the Urban League.  In contrast Zora Neal Hurston seemed to thrive on this kind of dependency.  Her character made her into the “exuberant pagan” that pleased her white friends.  Louise Thompson remembered her talking on the phone: “Here’s your little darky” and telling “darky” stories only to wink when she was through so as to show that she had tricked them again. (Harlem Renassance p.129&130)

Lanston Hughes reported about Zora in The Big Sea that “To many of her white friends, no doubt, she was a perfect “darkie”.  In the nice meaning they give the term — that is a naive, childlike, sweet, humous, and highly colored “Negro”.

Further, the patron knows what was good and right.  They took away the right of the artist to decide and find his or her true self.  Hughes claimed “White and Negro — as do most relationships, because of where they were, the Negro was naturally patronized in his art to serve a white dream and fancy.”  Hughes learned that when patrons claimed their fee it could be humiliation.

The Negro character that was acceptable to whites was extremely circumscribed.  The Negro in print was pathetic or humorous, loyal or trecherous, serville or savage.  This created a delicate prolem for the Black writers who had patrons and wanted to develope Negro character.  Black writers had constraints until after WWI, any such literacy effort would have to conform to genteel dogma: a focus on morality, and uplift, a faith in progress conveniently linked to morality, and the aspiration of a learned culture.  The Black hero could not be agressively critical of the order of things, North or South.  The fledgling female writers were faced with these and many different constraints than those experienced by men. To be continued, 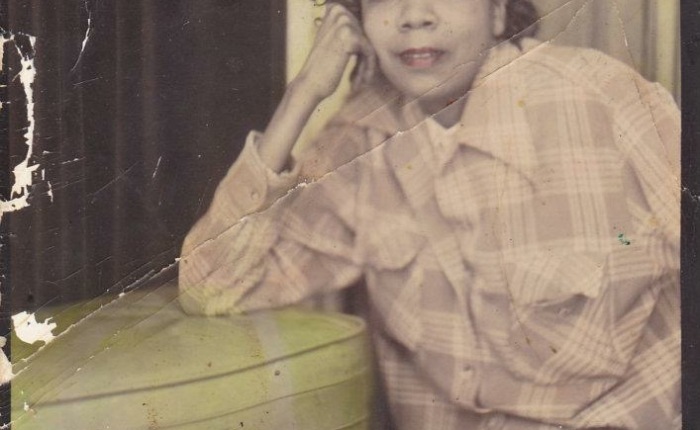 Katy Mae, tall, attractive with thick dark eyebrows and very slender and her husband, Freddy, jolly, ambitious and full of fun lived in a nice apartment building on Michigan Avenue in Chicago.  It was a three story brick building and they had a two bedroom apartment on the third floor. They welcomed Otis and I into their home and gave us our own private bedroom that was very comfortable.  Freddy  had his own business selling medicine and herbs which allowed Katy Mae the priviledge of not working outside the home.  Freddy knew many herbal remedies that had been passed down through the generations of his family that could heal most ailments.  People believed in him and his remedies and paid for his medicines, tonics and consultations.  They flocked to him from all around Chicago.  He was a good provider and they lived a good life.  We enjoyed living with them, but we needed to find a place that would accept our children, so we never lost sight of our goal.

Soon after moving to Chicago “pop” we both got jobs.  We had never been in a big city in our lives.  Katy Mae got the newspaper and told us all the details on how to find an ad for a job in the “Want Ads” and how to get the streetcar to the businesses, but she sent us out alone.  I got a job in a hat factory, and Otis got a job making tanks for the government.

Otis worked in the painting division.  He was so accustomed to hard work that he could spray paint a tank without any effort, and so quickly that the other guys hated him.  They called him that “country boy” who is up here working like a slave.  He was a source of irritation for many of  the other workers.  He continued to work hard because that was all he knew and it did help him receive many pay raises and bonuses.  The other workers were held to a standard set by the amount of work he did.  Spray painting tanks was so easy in comparison to what he knew .  The work was like a vacation after digging coal out of the hard ground and then loading it manually on a train car.  They brought him a car load of tanks and he would have them all spray painted before lunch time.  The other men thought he was working them to death.  He sprayed tanks and I made hats.

At the hat factory a worker brought me a large box filled with hats that had no form, and my job was to place each hat on the form in front of me and then put the hat in a box for the next person.  We made ladies hats.  The girls that worked on the steam irons had to stand all day and were hot and uncomfortable because they steamed the hats before they came to me.  After the hats were steamed they would take the shape of the form on which they were placed.  The steam iron girls grumbled because ” new” girls usually started on the steaming job and then worked up to the comfortable job of sitting in a chair placing the hat on the form.  “How did she get that job” and “she just walked in the building”, they complained.  I believe God was looking out for me and I was blessed.  They were angry at me and wanted me to work on the steam table.  My employer was happy with my work.

It was uncomfortable working at the hat factory with so much animosity that I searched and found a better paying job as a bus girl at the International Restaurant.  Black women were not allowed to wait tables in those days.  Fortunely, we would not live in Chicago for very long. We had to find a place where our children would be welcome.

Work was plentiful in Chicago and we saved our money to purchase a home so our children could join us.  Katy Mae was correct that it was virtually impossible to find an apartment that would accept children.  We were still living with Katy Mae and Freddie becuase we could not find a place big enough for our family that would accept children as residents, and we would not accept less.

We found a place for our family when  Gary (a friend of Otis’ sister)  was on his way to Vancouver, Washington to work.  He told Otis that there were good paying jobs in Vancouver and that he would be building ships for the government for great wages.  Otis asked him to find out if there would be housing for families in Vancouver because he wanted  to bring our family with him if he was hired.  Gary promised he would write and it was not long before a letter came to Bernice from Gary that said “Tell Otis he will have everything he wanted”.  There were houses and plenty of jobs, and not only could Otis get a job but that I could get one.  He wrote that there are good schools for the children and that Vancouver is a beautiful place to live.  Once again we were planning a move, but this time it would be Vancouver, Washington.  What would our parents say now?

We had not lived in Chicago for six months, when our dream seem to take us to Washington state.  Our goal was to find a place to raise our children.  We needed a place where we could work and have a decent home and schools for our family.  We talked very late that night and Otis decided that he would go to Vancouver and then send for me and the kids, but I thought about it later and decided that I was going with him.  I told Katy and Freddy about Otis’ plan to go to Vancouver without me and that I wanted to go with him.  Freddy told me “Little Bit”, if you want to go with Otis you should tell him”.  I told Otis that I wanted to go with him and he told me “you can always go where I go.  I thought you wanted to go get the kids”.  I asked Otis if it would be ok to give the money to Mama and have her bring the kids.   He agreed that was a good plan, and told me to get ready; we would be leaving soon.  I looked into his handsome face and felt loved, secure and safe with the wonderful husband God had sent to me.

I told my boss at the Restaurant that I was leaving and she asked me why I had to go?  I told her my husband was moving on to look for better living conditions where we could raise our children.  She asked if I would let him go alone.  “You are such a smart girl”, she said and “I have great plans for you”.  I could not believe she cried and asked me to stay.  She told me “Arlene, if you ever come back to Chicago you have a job”.  I could not understand why she thought I would separate from my husband because she liked my work.

In 1942 we could deposit money in the post office for safekeeping.  When we arrived in Chicago we sold our car and saved that money and we were saving money every week at the Post Office from our pay checks.  We had more than enough money to get the train tickets to Vancouver for us, Mama and our three children.  I went to the Post Office and drew out all our money and bought train tickets to Vancouver, so we could leave the next day.  The migration continues.